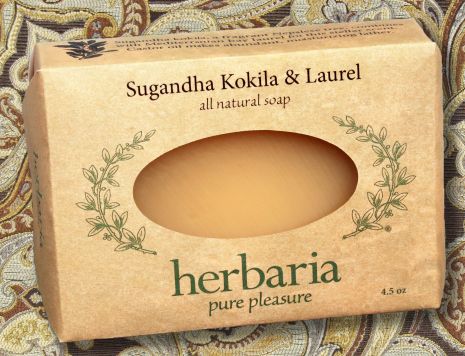 Sugandha kokila comes from the berries of a tree that grows in the Himalayas in Nepal. Sugandh in ancient Sanscrit means fragrance or perfume.

We previously named this bar Laurel Leaf and Berry.

The creation of this bar has recalled this message from a customer in Belgium.

“Having grown up in Southern Turkey, I am used to 100% natural homemade olive oil soaps. Every year, the family who sold us our citrus plants sent us their native olive oil and the soaps they made. I tried different kinds of soaps from different places in Belgium, but none of them made me happy. I even bought what they call here in French, Savon d’Alep, which is supposed to be the soap I am used to, but again, was not happy with the results. Now that I’ve used your soaps, I have to confess that they are the best soaps I have ever used in my life. They are seriously, unbelievably soooo good!” 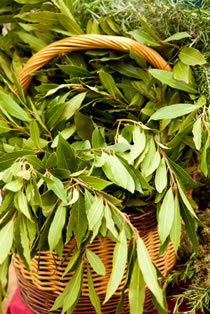 The laurel leaf traditionally symbolizes victory and high status. Imagine how you'll feel, starting your morning with such empowered suds!

“I just love the way my girlfriend smells after showering with this soap. It’s heavenly.”

“The scent was elusive when I first smelled it but when I took it home and used it, it was fabulous. I love it!”

You may want to explore: